What is the timeline and process of an MVL?

An MVL, or Members’ Voluntary Liquidation, is an official process for closing down a solvent company. There are various reasons why a company might be closed down in this way – sometimes a business has simply reached the end of its usefulness for the owners, whilst in other instances the directors may wish to retire.

MVL can be a tax-efficient way to extract funds from a business. Distributions are taxed as capital rather than income, and members may also be able to claim Business Asset Disposal Relief (previously known as Entrepreneurs’ Relief), which brings the effective rate of tax down to 10%.

So what is the timeline and process for a Members’ Voluntary Liquidation?

Timeline of an MVL

The basic timeline of a Members’ Voluntary Liquidation is as follows:

So let’s look at this timeline in a little more detail.

A licensed IP is needed to administer an MVL because it’s an official procedure. Initially, however, directors and members will seek advice and guidance from an IP on whether an MVL is right for their company. If so, an IP will be appointed to oversee and administer the liquidation and closure of the business.

Declaration of Solvency by directors

Directors must sign a Declaration of Solvency before the process can go ahead. This effectively states that the company can repay all its debts, including contingent liabilities, within 12 months of the date of the declaration.

Contingent liabilities are payments that might need to be made, but that aren’t definite – a pending claim by a customer for a faulty product is an example of a contingent liability, as is an ongoing claim for unfair dismissal by an employee.

It’s crucial to be certain that the company can repay all its creditors in this timeframe, and to ensure all creditors are informed of the company’s planned closure, as any unexpected claims could tip the business over into insolvency.

Resolution to wind up the company

A resolution to wind up the company via Members’ Voluntary Liquidation must be passed within five weeks of the Declaration of Solvency. Company shareholders cast their votes and if 75% of members vote in favour, the process can begin.

Advertisement in the Gazette and notifying creditors

The Gazette is the official public record in the UK, and within 14 days’ of the resolution being made, an advert must be placed to announce the closure of the company. This alerts creditors to the members’ intentions, and enables claims to be made for repayment. The liquidator must also officially inform creditors of the pending company closure within 28 days.

Sale of assets and distribution of funds

All company assets are sold by the liquidator, creditors fully repaid, and remaining funds distributed to members. As we mentioned earlier, MVL can be a tax-efficient process as it allows for Business Asset Disposal Relief to be claimed by eligible individuals.

Distributions are taxed as capital rather than income following an MVL, but Business Asset Disposal Relief further reduces the effective rate of tax to 10% on the closure of a business via this route.

Removal of the company from the Register

When the liquidator has filed final documents with Companies House and the procedure is complete, another notice is placed in the Gazette. The company is then removed from the Register of Companies at Companies House, and ceases to exist.

The full timeline for a Members’ Voluntary Liquidation from start to completion is typically between six months and a year, but this depends on the complexity of the business. MVL is a commonly used business exit strategy that offers significant benefits to shareholders and directors.

For more information on the timeline and process of an MVL, please contact our team of licensed insolvency practitioners at UK Liquidators. We’ll arrange a free same-day consultation – we operate a wide network of UK offices. 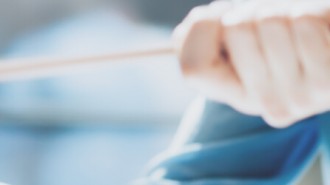 What is the timeline and process of an MVL?
Learn more
Did you know?
Are you eligible to claim Director Redundancy?
As a Limited Company Director you may be entitled to claim Director Redundancy - Average UK claim is £9,000*.
Instant Calculation
Call for Immediate Advice
Speak to an insolvency expert for immediate help and advice and to arrange a free no-obligation consultation with your local office
0800 063 9262
Email the UK Liquidators Team
Email our team to arrange a call back or to request further information on how we can help
Send us a Message
60 Second Liquidation Test
Immediately find out whether liquidation could be appropriate for your company
Take the Test
Ready to Liquidate?
Express Liquidation Service
Ready to start liquidating today? Complete the form and a member of our team will be in touch.
Please note: By completing this form you are not liquidating your company
Contact the UK Liquidators Team